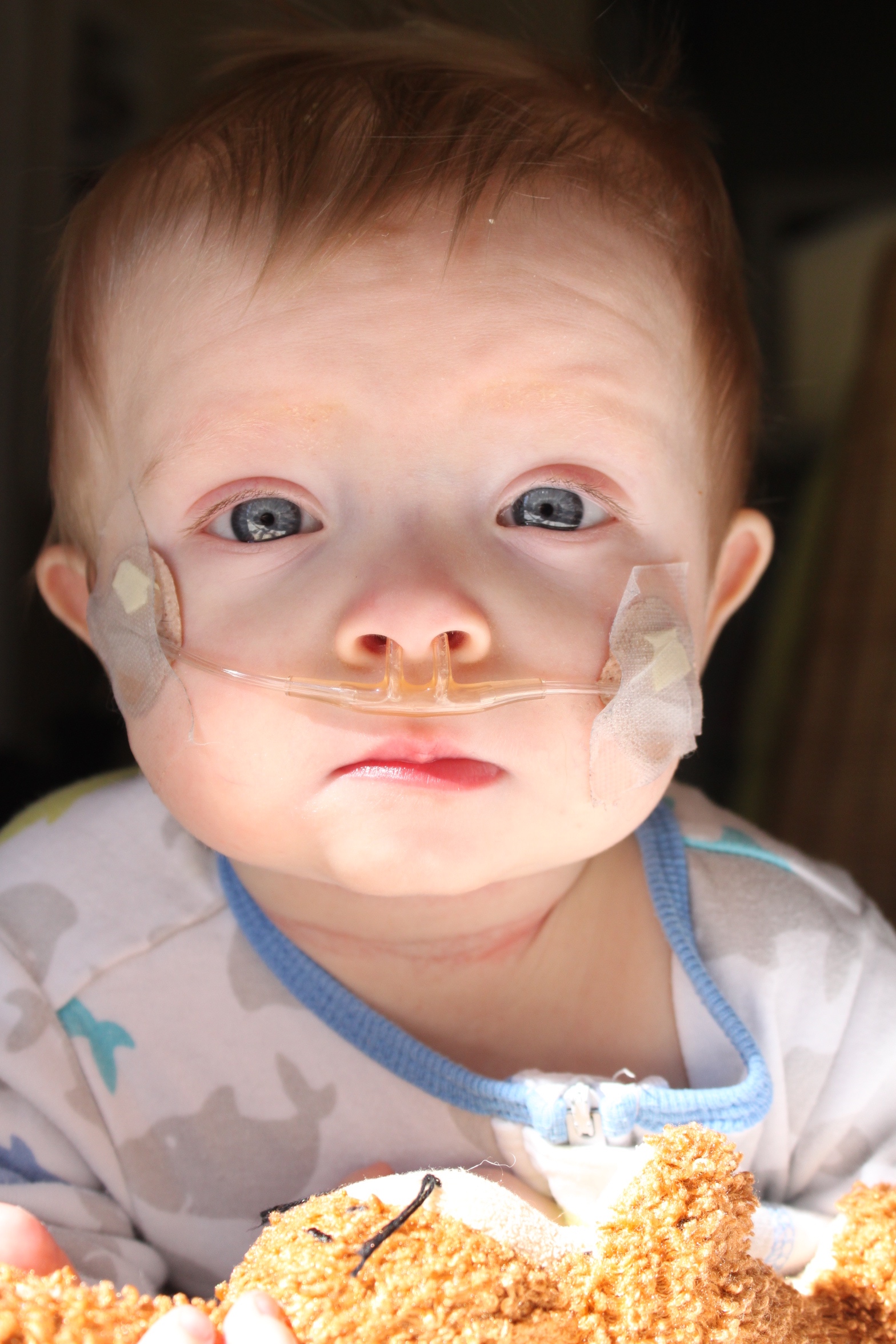 Our son, Jack, was diagnosed with a Congenital Heart Defect when he was four weeks old.  He received open heart surgery for his defect which is called

TAPVR (total anomalous pulmonary venus return).  The surgery was performed at Stanford Hospital and was a stunning success.

Jack’s surgery fixed his heart.  It was cheers all around and sighs of relief.  But the surgery triggered something terrible.  Jack developed a second and extremely dangerous disease called Pulmonary Vein Stenosis.  Basically, what this means is that all of the veins in his heart began to overreact to the trauma of the surgery.  The cells began to grow without stopping until the veins were becoming completely occluded (blocked).  At this rapid rate of vein occlusion, our son was going to die and very soon.  Jack was now only three months old at this point..  We drove his to Lucille Packard at Stanford Hospital to await his second open heart surgery. They performed a sutureless repair surgery, stretching the pulmonary veins in an effort to give him more time.  He healed from his surgery and we took him home shortly after.  They said his veins might close again and in very little time they were proven correct.  The repair was only a very temporary relief from this rapid disease. 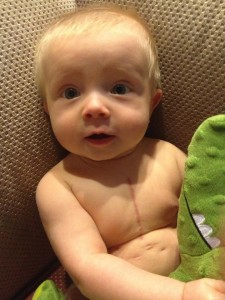 Jack began to breath hard.  He sucked in each breath, retracting at the ribs. He was pale.  He projectile vomited all of his milk.  He was dying.  I was not surprised when the hospital placed him on hospice.  But I began to die inside, like I, too, had been placed on hospice.  In fact, I wished I could pass away with him so that he had someone to help see him safely to God.  It was a dark time for our family.

His veins were closing quickly and it was only a matter of time that his tiny heart would stop its violent rhythm and he would leave us forever.  My world became  so black that I could barely see the light of God inside of it.

The hospice nurse came.  She was kind.  She gave us morphine to keep him comfortable. 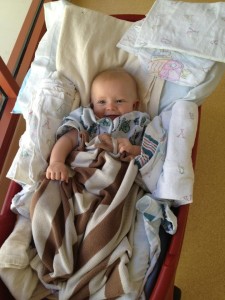 That is when our cardiologist, Dr. Kahwaji, said that he did not want to sign the hospice form.  He wanted to keep trying, keep searching, and keep fighting for Jack’s life.  I did not know this was an option.  The good doctor found a program across the country in a hospital called Boston Children’s Hospital.  They were the only hospital that seemed to be getting anywhere with understanding and treating Pulmonary Vein Stenosis.  Through a clinical trial using two types of chemotherapy drugs, Gleevac and Avastin, and the use of balloon catheterizations they were hoping for some positive results. 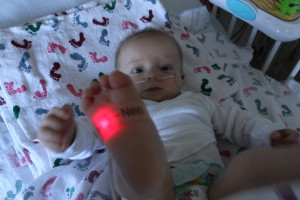 After a 12 day battle with our insurance to cover a transport from a Sacramento to Boston Children’s Hospital, Jack and I were flown by medical leer jet to save his life.  When we arrived in Boston the team was ready, waiting and assertive in getting Jack’s care well under way.  They sent him to the cath lab to dilate his veins twice in a two week period and once he recovered they placed him on Gleevac, a chemotherapy drug.

I am administering Gleevac, in these days his chemo took over an hour to get down but now he slugs it down in less than two minutes. Drinking chemo like a boss.

Heart mom problems, how to manage an active baby with thirty feet of oxygen tubing attached to him. 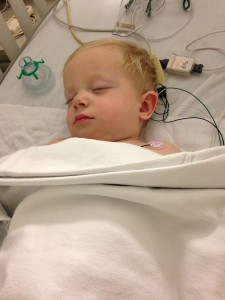 Sometimes we are winning and sometimes the disease gets the upper hand. Poor Jack was so sick and miserable during this hospital stay.

Jack is now three years old and going strong.  He is gradually getting weened off of the many drugs he is on and is no longer needs to wear his nasal cannula for oxygen. 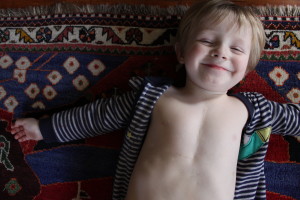 It is projected that if a child has all four pulmonary veins affected by this disease there is an 80% chance of death regardless of treatments.  Jack is now three and is fighting the odds.  But there are so very many children who don’t have this happy outcome.  It seems that weekly I am hearing of another baby who lost the battle to this horrible disease.  What if there was more research on the disease?  What if more people knew about Boston Children’s Hospital and the progress they are making in treating Pulmonary Vein Stenosis?  Cardiologists are placing babies on hospice who really could have a fighting chance.  Not out of uncaring but lack of knowing.

Could you help spread the news? Boston Children’s PVS Program could give life saving care for the little one’s who are fighting and losing.

Also, there is another wonderful blog by Michelle Romero that has even more inspiring stories and help and hope for families with PVS children.  You really need to read her beautiful posts. 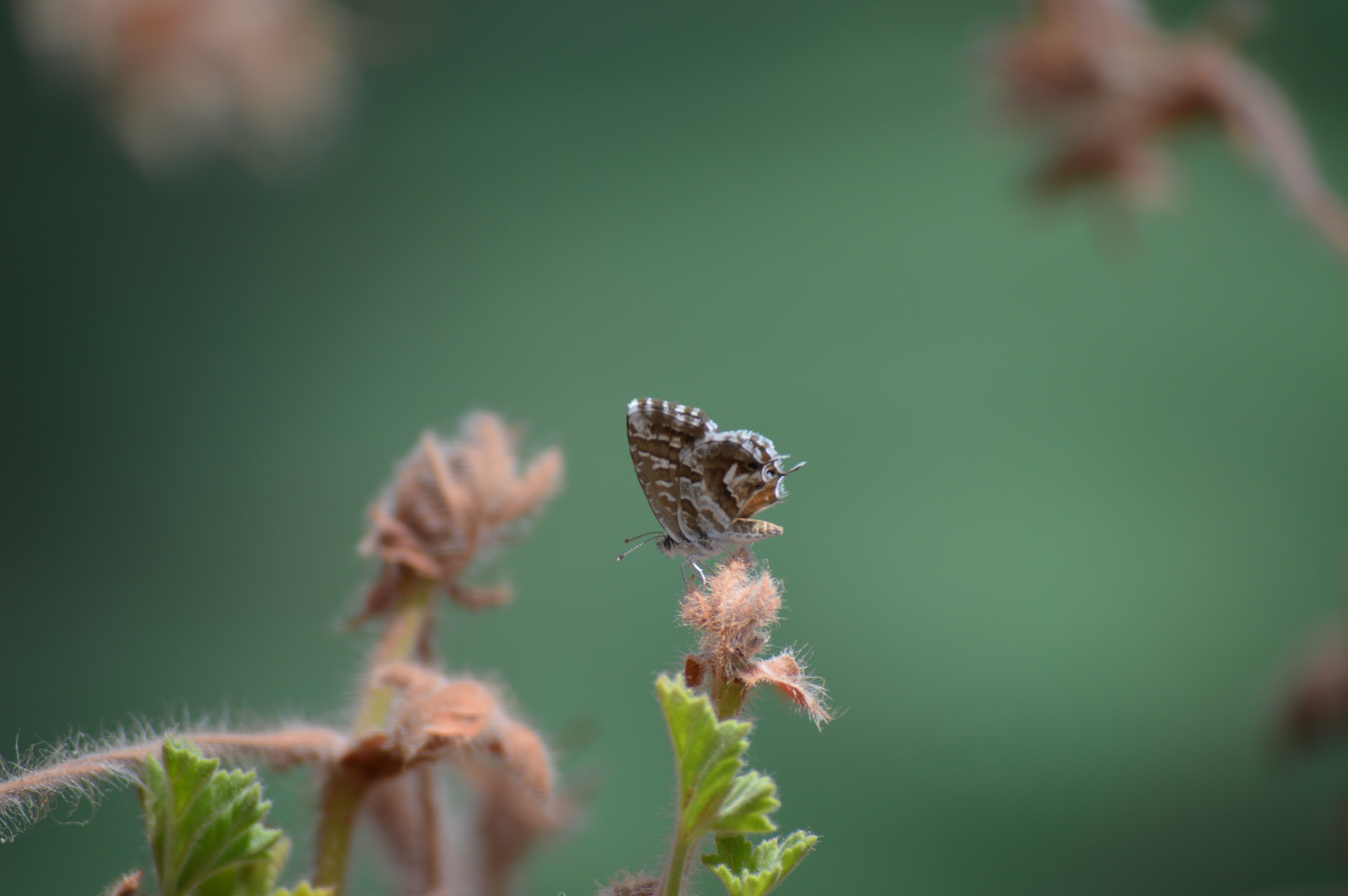 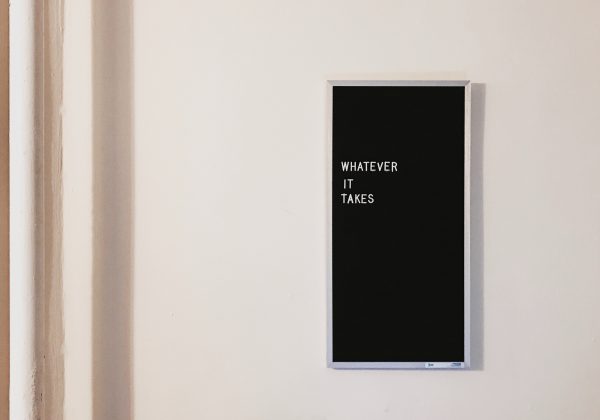 Never Moralize Faith During Crisis: The Honest Truth of what is happening to Special Needs Families During the Pandemic

The Beast in the Hospital